Jharkhand welcomes you to witness the lush forests, enthralling wildlife, waterfalls, exquisite handicrafts, and enchanting classical and folk dances and music. The state is endowed with a vast bio-diversity, a temperate climate, a rich cultural and historical heritage, and religious places of worship, and ethnic aspects that make it an ideal tourist destination.

The State is a kaleidoscope of past splendors and present glory. Age-old tribes are the main inhabit of this wonderful land, the state is also a hub of industry, commerce and education. A treasure-trove of minerals comprises 40 per cent of the mineral wealth of the country, ranking first in the production of coal, mica and iron and helps in making Jharkhand one of the richest state of India in natural resources. The warm sun, tinkling water, manmade architectural beauties in the form of dams make it worth a visit. Jharkhand is proud to be housing many religious shrines that are crowded by devotees all through the year. 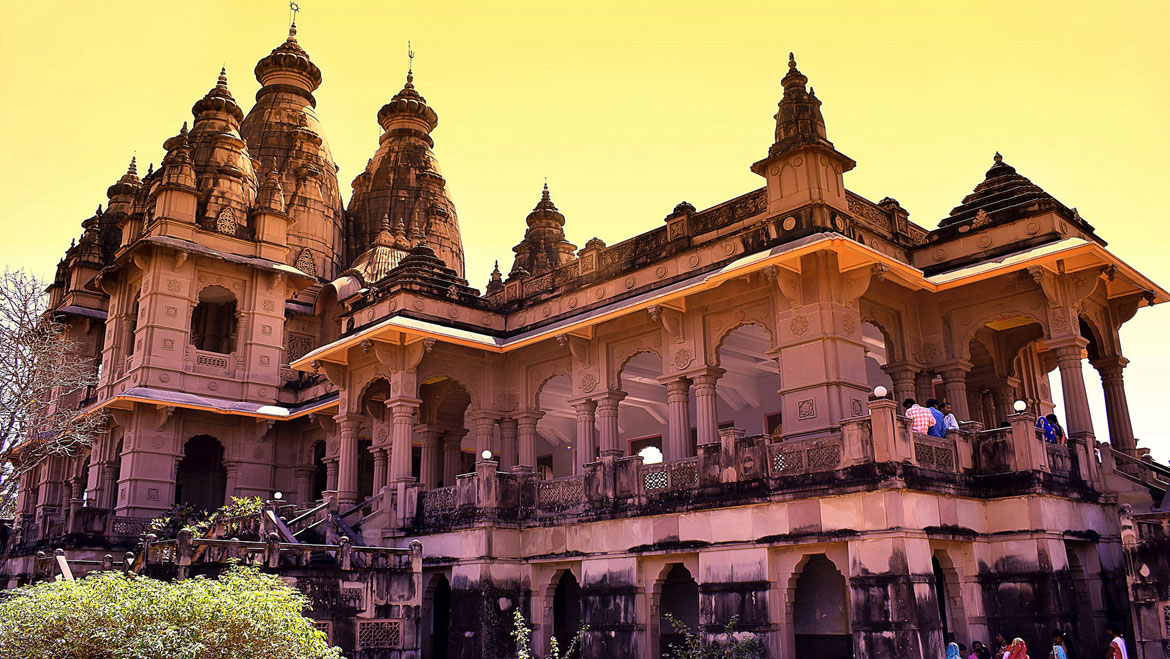 Jharkhand has a unique geographical, demographic and historical composition. According to some historians, there was already a distinct geo-political &cultural entity in the area which we know as Jharkhand even before the period of Magadha Empire.

Many scholars now believe that the language of tribal person of Jharkhand is identical to the one used by people in Harppan civilization. This has led to a great interest in the deciphering of Harappa inscriptions using rock paintings and language used by these tribes.

During the age of Mahajanpadas around 500 BC, India saw the emergence of 16 large states that controlled the entire Indian subcontinent. In those days the northern portion of Jharkhand state was a tributary to Magadha (ancient Bihar) Empire and southern part was a tributary to Kalinga (ancient Orissa) Empire.

The handicrafts of Jharkhand are made by its different tribes and its craftsmen, which portray the rich tradition of art and culture of the state and its people.

Silk Industry: Jharkhand is the largest producer of Tussar Silk. It is woven here and is made use of in sarees, kurtas etc. It is produced from larvae of several species of silkworms.

Dokra: It is a metal craft or brass work done by the artisans who make use of the ‘ lost wax technique’ by using resin, wax and firewood from the forests and clay from the riverbed and with the help of a firing oven in a hole dug in the ground they craft their artwork

Terracotta: Terracotta designing, has long been employed in temple architecture in Jharkhand. Clay and terracotta items are made by the Kumhar community and are used in the making of jars, vases, figurines and other decorative articles.

Bamboo Craft: Jharkhand is the land of forests and wood is available in abundance, hence artisans of the region are famous for creating beautiful and aesthetically designed varieties of articles for household and decorative purposes. Bamboos are flexible and strong and are used to make Flowerpot, fishing equipment, trays, baskets, furniture, and some decorative items made with bamboos.

Similarly many other crafts and painting like Grass Weaving, Stone Carving, Wood Carving and Paitkar Painting are also very famous in Jharkhand. 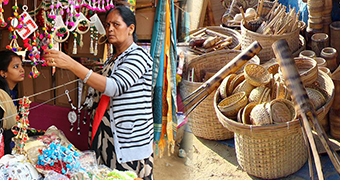 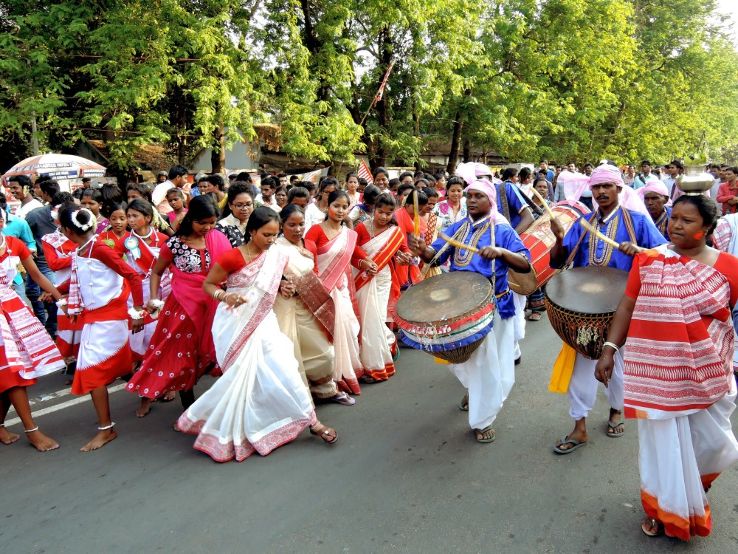 Jharkhand has a variety of tribal population, reflecting its great ethnic diversity. The tribes of Jharkhand consist of 32 tribes inhabiting the Jharkhand state. The tribes in Jharkhand were originally classified on the basis of their cultural types by the Indian anthropologist, Lalita Prasad Vidyarthi.

His classification was as follows:

People from various states have also been coming and making Ranchi as their home because of its peace and serenity.

The cultural mosaic of Jharkhand was dreamt about, shaped and polished by generations of communities, which have inhabited this land since time immemorial. The music tradition of Jharkhand, which consists of various folk and tribal forms, is known for its diversity. People of Jharkhand are very fond of music and dance. It is integral to Jharkhand’s tribal communities. 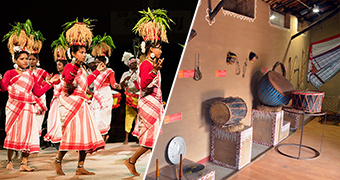 Languages Spoken in Jharkhand is Santhali, Mundari, Kurukh, Khortha, Nagpuria, Sadri, Khariya, Panchparagnia, Ho, Karmali, Hindi, Urdu, Bengali and some other local and secondary languages Jharkhnad is having a literacy rate of 67.6 %

The State of Jharkhand is endowed with immense bio-diversity, moderate climate, rich cultural and historical heritage, religious places of worship and ethnic aspects to make the State the ultimate destination for tourists.

This is official website of the Department of Tourism, Government of Jharkhand, This website facilitate to book online hotel, tour package and local site seeing. This website contains meticulous information about Jharkhand tourist destinations.

The website has been online since November 2016 and available in bilingual language English and Hindi. The site is updated as necessary and frequently. The site contains huge information about tourist destination available in Jharkhand. In this website tourist destination has presented in various categories like Waterfall, Dam, Ecotourism, Religious Tourism and many more that can be look in Explore section of the site. This website disseminates useful information to travelers around the world.